Players with the Highest Strike Rate in Test Cricket 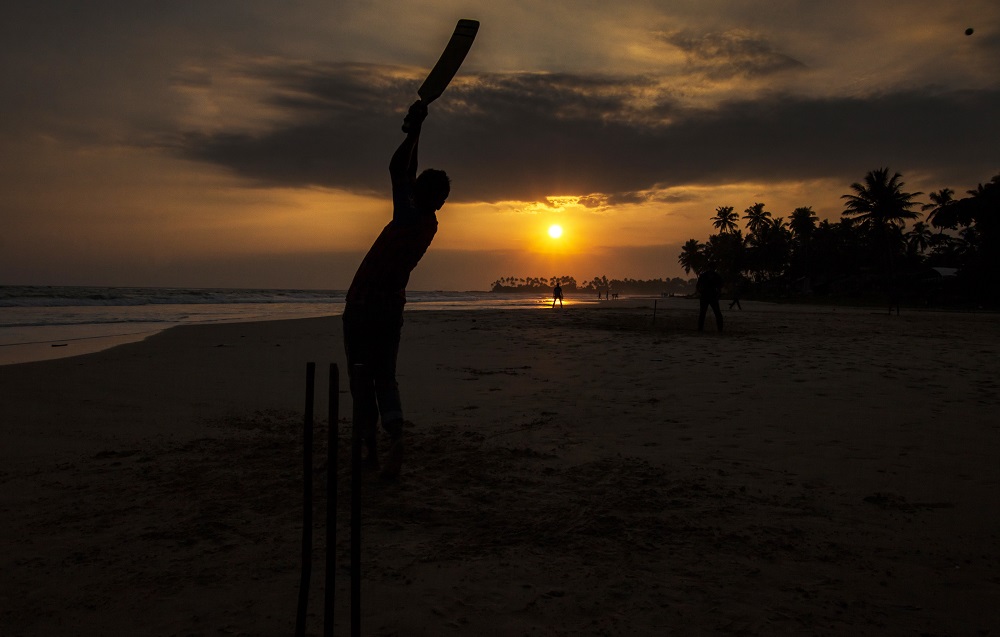 When it comes to Test cricket, things that pop-up in everyone’s mind are the solid defense, white kits, and red cherry. These are some things that make Test cricket an outstanding format.

This particular format of cricket is known to test the mental strength, temperament, and technique of the players. Winning small battles during the game, focusing well, and having patience are some things for which Test cricket is known.

Given its nature, the word “strike rate” surely does come into play because it’s all about the defense and not those fancy hits you normally get to see in cricket. There have been several players who became successful in this particular format because of their colorful stroke play.

This oldest format of the game has witnessed players from different nations transforming into the greatest Test players of all time and tearing up the bowling lineup with their killer shots. This article will cover the players with the highest strike rate in Test cricket.

Players with the Highest Rate in the History of Test Cricket

Some well-known and legendary players have the best strike rate in Test cricket. These players are:

When the topic is about the player with the best batting strike rate in Test cricket, Shahid Afridi is one of them. He doesn’t go all “BOOM-BOOM” in the ODI and T20 formats of the game. He also carries a reputation for being one of the power hitters of Test cricket.

The former Pakistani all-rounder and skipper have the power to destroy the best of the best bowlers, for which they gained the title of a “fearsome finisher.” Shahid Afridi has scored 1716 runs, including 8 fifties and 5 centuries in his entire Test career. Afridi has contributed about 220 hours and 52 minutes in the longest format of cricket.

Known for his powerful bowling skills in the T20 and ODI formats of the game, Tim Southee has proven himself to be an excellent Test cricketer. Even though his name might seem like a surprise on this list, remember one thing, numbers don’t lie. Just like he can outfox batters with his bowling, he can also be a nightmare for bowlers when it comes to batting.

The KIWI has contributed heavily in the game’s longest format and has scored 1737 runs, including 5 fifties. The pacer is very useful with the willow in- hand and has hit 75 sixes and 196 fours.

Tim Southee is currently listed in the 15th position for hitting the most 6s in Test cricket, and he even surpassed the legendary Ricky Ponting. Southee has played 81 Test matches, and his highest career strike rate in Test cricket is 84.15.

The list for players with the highest strike will be incomplete if Virendra Sehwag is not included. He is known as the developer of destructive batting in the subcontinent. His unflinching courage to lock horns with the best bowlers makes him unique from the players in this longest format of the game.

Known for his patience in the world of cricket, Sehwag never backs down when it comes to challenges, and he is one of the most dangerous batsmen that have ever graced the sport.

While playing in the longest format of the game, he also got to show his aggressive side. The former Indian hard hitter has 2 triple centuries to his name and has an impressive strike rate of 82.23.

Former Australian skipper and wicket-keeper Adam Gilchrist is known as a legend in cricket. He has showcased his dangerous batting skills in all the game formats and is the creator of aggressive batting, which people got to witness in this modern world.

Even though Adam is a great wicket-keeper, he is also well-known for being the feared batsman of all time. He has smashed many fours and sixes in the longest format of the game.

Gilchrist has played 96 Test games and scored a whopping 5570 runs, including 17 centuries and 26 half-centuries. He holds the title for being one of the best middle-order batsmen for Australia and has a superb strike rate of 81.95.

England has some of the best and finest Test players under their belt. But no one can beat Graeme Swann. Seeing his name on this list is a little unexpected, but Swann has proved himself to be an excellent Test cricketer. Being a cunning bowler, he has taken 225 wickets and scored 1370 runs in his Test career.

Swann has played 60 Test matches and cranked up 17 fifers and 5 half-centuries. Another interesting thing about Graeme Swann is that he smashed 19 sixes and 181 fours in the whites, which helped him earn the reputation to be one of the finest Test players of all time. He has a batting strike rate of 76.49 and has also displayed excellent field skills in Test cricket.

Sanath Jayasuriya is a legendary player. During his time, he showcased an excellent performance with the bat and helped his team gain victory over numerous games. He has also helped Sri Lanka win many times in the game’s longest format.

Jayasuriya has played 110 Test matches and has a strike rate of 65.27. He has scored 6973 runs, which includes 31 fifties and 14 centuries. He also hammered 59 sixes in various Test matches, which increased his strike rate greatly.

Test cricket is the longest format of the game compared with T20 and ODI. It’s an important format of cricket: player form, performance, and mental health is tested. But there are few cricketers who earn the prestige of having the highest strike rate in this game format. Having the highest strike rate shows the domination of that particular player in the area of Test cricket.

Here is the table, which shows the list of cricketers with the highest strike rate in Test cricket.