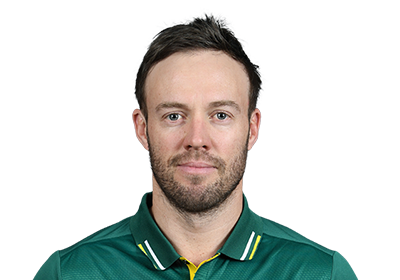 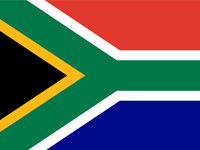 AB de Villiers, who is popularly known as ABD by his fans, is a South African batsman reckoned for 360-degree batting style. He made his debut back in 2004. The batsman has risen to great heights with his raw talent and wide range of shots that have left his fans speechless over the years.

AB de Villiers is nothing short of a remarkable phenomenon that has revolutionised the way cricketers perceive batting, fielding, and wicket-keeping. He is a player with superhuman skills and has made a transformational impact on every aspect of cricket. There is so much to talk about ABD’s fantastic career, whether it is the iconic paddle sweep, grand one-hand stunners, or incoming 150 clicks. He is among the few players in the history of cricket who are loved by all equally.

AB de Villiers is a powerful player who can work magic in all different aspects of the game. Over the course of his career, ABD has made some fantastic records that include the following:

The following are the awards won by ABD:

Since 2003, ABD was a member of Northerns, a South African first-class team. Moreover, he was also a part of Multiply Titans and played for the team in domestic cricket tournaments like Ram Slam T20 Challenge, Momentum One Day Cup, Sunfoil Series. After merely 16 first-class matches, ABD was selected for the international Test matches.

De Villiers made his debut in ODIs on 2 February 2005 against England in Bloemfontein. England registered 270/5 in 50 overs, whereas South Africa scored 270 runs with an eight-wicket loss. The match was tied, and AB managed to collect 20 runs from 56 balls. Moreover, AB made his first ODI hundred against the West Indies in 2007 in the World Cup Super 8.

He scored 146 runs for 130 balls that included 12 fours and five sixes. His exceptional performance in the World Cup resulted in the team making it to the final of this quadrennial tournament. During this tournament, ABD scored his career’s fastest 150 runs in merely 64 deliveries.

After his notable performance in first-class cricket, ABD was selected to play in the major league Test cricket. He made his debut with Dale Steyn in December 2004 against England. The 20-year-old player impressed the pundits in no time as he smashed 52 runs in four innings and saved the team from an imminent loss.

He also made his first Test century in the series by bagging 190 runs on the home ground. In his debut match, the player proved that he belonged to international cricket. After that, there was a brief slump between 2006 and 2007, and by 2008, ABD was back in form by hitting 103 runs off 109 balls against the West Indies in Durban.

In the Test series in Perth, ABD scored a century that helped South Africa chase the target of 414 with six wickets to spare. This was South Africa’s first victory in Australia after 15 years. Other than his go-to attacking batting style, ABD is also reckoned for his defensive approach when there is a need for the same.

With SA struggling to make an impact at the Adelaide Test during the Down Under tour in 2012-13, ABD curbed his instincts and scored a 220-ball 33, creating one of the most exciting draws that cricket fans have ever seen.

In this modern form of cricket, the achievements of AB are more qualitative as opposed to quantitative. He first played a T20 match in February 2006 against Australia at the Wanderers Stadium. He only faced three balls and remained not out. In the 2016 T20 match against England, ABD scored the fastest fifty by any South African in this form of cricket. He completed his innings by collecting 79 runs in 29 balls, and his fifty came in just 21 balls.

In January 2020, there were rumors that De Villiers would make a comeback in the T20 for the 2020 ICC Men’s T20 World Cup, and the player himself confirmed it. But with the rising number of COVID-19 cases, the World Cup was pushed ahead, and ABD’s fans have since been waiting for his comeback.

AB de Villiers was a part of Delhi Daredevils for the first three seasons, but later, in 2011, he was bought by Royal Challengers Bangalore. In the overall 154 IPL matches, ABD has scored 4395 runs with a strike rate of 151.23 and an average of 39.95. The score also includes three centuries and 33 half-centuries. Moreover, his IPL top score, 133 runs, was made in 2015 against Mumbai Indians.