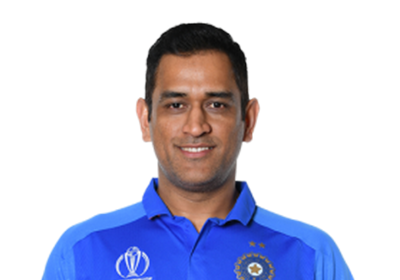 Mahendra Singh Dhoni is not just a name in India, it has turned into an emotion. Be it as captain, wicket-keeper, batsman, or guide and mentor to the youngsters, the Jharkhand-born cricketer’s value is on another level. He’s piled on runs in international cricket. Wicket-keeping records have tumbled along his way as well. And his captaincy skills, stats and records are no secret to anyone.

MS Dhoni’s arrival ended India’s long-standing wait for a wicket-keeper who could even contribute quite healthily with the bat. While his predecessors had been pretty decent, the quality of Dhoni was on another level. Dhoni didn’t have the best of techniques either with the bat or behind the stumps. However, he was unorthodox and found ways to get the job done.

He was spotted from the country-wide Training Research Development Wing which was run by the BCCI to scout more talent from tier two and tier three (smaller cities) in India. Dhoni was picked from this scouting system and was a part of the India ‘A’ squad that toured Kenya. It was on this tour that he came into the limelight as he scored big runs.

On the 23rd of December 2004, Dhoni finally received his maiden ODI cap as he made his debut against Bangladesh. But he was run out for a first-ball duck. A few low scores followed in the next few games. Skipper Sourav Ganguly and the team management then decided to promote Dhoni to No. 3 in a game against Pakistan and the long-haired wicket-keeper-batsman smashed a stunning 148 to set the stage on fire in Vizag.

That was just the start. Almost a year later, in October 2005, Dhoni piled on a brutal 183 not out to help India chase down 299 with 23 balls to spare. Since then, he has never looked back.

In December 2005, he made his debut in Test cricket. He became the T20I captain before the inaugural edition of the ICC T20 World Cup in 2007 as most of the senior players backed out. After winning the title and announcing himself as captain, Dhoni was made the ODI captain soon after as Rahul Dravid had stepped down. Anil Kumble was announced as the Test captain but once the legendary leg-spinner retired, Dhoni rose to the helm.

From then on, Dhoni just kept collecting trophies along the way. He took India to the No. 1 position in the ICC Test Rankings. India won the Asia Cup in 2010 before winning the mega event – the ICC Cricket World Cup in 2011. He became the first captain in the history of the game to win a world cup at home.

At that moment, Dhoni was on top of the world. He had hardly put a foot wrong in his four-year captaincy tenure. Be it handling the senior pros in the team or blending the youngsters into the side, he managed everything wonderfully. However, things did start to go downhill post that World Cup in 2011.

India lost 0-4 in England and Australia later in the year and his captaincy started coming under scrutiny. They also lost to England at home 1-2 in 2012. That was the first series without the likes of VVS Laxman and Rahul Dravid who announced their retirements earlier that year. However, in 2013, he managed to turn it around. He led India to the ICC Champions Trophy title despite all the controversies going around.

In the 2013-15 Test cycle away from home, India fared better but the results were still disappointing. At the end of the Boxing Day Test match in 2014, Dhoni decided to bid adieu to Test cricket in a move that shocked the world. He handed over the reins of Test cricket to Virat Kohli and continued leading India in the shorter formats until January 2017.

In that period, Dhoni led India to the semifinals of the ICC Cricket World Cup in 2015 and the ICC T20 World Cup in 2016. He finally stepped down from captaincy in the white-ball formats in January 2017 and Kohli took over as skipper across all formats.

Dhoni continued playing as a wicket-keeper and was a perfect mentor and guide for the youngsters in the side. Though his batting skills were on the wane, he was a bank in the middle order and was India’s crisis man. Despite the batting prowess being on the decline, Dhoni was still lightning quick behind the stumps. Moreover, he constantly was in Kohli’s ear, giving him advice on the field and suggesting field changes.

The ICC Cricket World Cup in 2019 was his swansong. India couldn’t lift the title as they fell short in the semifinal (Dhoni scored a half-century and was the eighth wicket to fall). He didn’t announce his retirement from international cricket immediately and went on a sabbatical. However, in August 2020, Dhoni announced to the world that he had hung up his boots from international cricket. The superstar wicket-keeper-batsman posted a video on Instagram on the 15th of August, 2020 with a caption that read, “Thanks a lot for ur love and support throughout.from 1929 hrs consider me as Retired.”

That marked an end to Dhoni’s career in the blue jersey as well. But he still continues to play for Chennai Super Kings (CSK) in the Indian Premier League (IPL).

Records started flowing in favour of MS Dhoni pretty early in his international career. He is one of the icons of the game and will go down as one of the most successful captains of all time as well. There are numerous records that he broke as a player, wicket-keeper, batsman and captain. A few of them are listed below:

MS Dhoni was quite consistent across formats with the bat. There is absolutely no doubt that ODI cricket was arguably his best and the numbers back that as well. However, he was a pretty underrated batsman in Test cricket as well.

The Ranchi-born superstar played 90 Test matches for India and accumulated 4876 runs at an average of 38.09. He scored six hundreds and 33 fifties. He took 256 catches and effected 38 stumpings as well.

In ODI cricket, he was simply brilliant. Dhoni averaged 50.57 and amassed 10,773 runs. He smashed 73 half-centuries and 10 hundreds. These are numbers despite batting at No. 5 and 6 for the most part of his career (more than 71% of his ODI innings have come at those two slots combined). There is absolutely no doubt that he will go down as arguably one of the best finishers in the history of the game. As far as his keeping record goes, it is again one of the best in the 50-over format. He took 321 catches and has 123 stumpings to his name.

His T20I stats are pretty decent as well. He got 1617 runs at an average of 37.6 in the shortest format and he had a strike rate of 126.13. He registered just two half-centuries and his maiden T20I half-century came in 2017, more than 10 years after making his T20I debut. His second T20I fifty came in 2018. As far as his wicket-keeping stats are concerned in the shortest format, he took 57 catches and effected 34 stumpings.

There is absolutely no doubt that MS Dhoni is one of the best and the biggest captains to have ever played the game. He has won almost every trophy there is around the globe and is arguably one of the most successful captains in the history of the game. Here are some of the notable (major) trophies that Dhoni won as captain:

MS Dhoni and Chennai Super Kings (CSK) have become an eternal love story. When the IPL started, most teams had an icon player like Sachin Tendulkar for Mumbai Indians, Rahul Dravid for Royal Challengers Bangalore, Sourav Ganguly for Kolkata Knight Riders and so on. Chennai Super Kings bought Dhoni in the auction and made him that icon. He was bought for a whopping sum of 1.5 million USD which made him the most expensive player in the IPL at that stage.

And once Dhoni started leading CSK in 2008, he has never looked back. The love, the respect and the affection that the Ranchi cricketer has received as CSK captain is beyond imagination and the bond is stronger than ever. Dhoni has led CSK in every season that they have played in the IPL and CSK have made it to the playoffs every single time barring one season (2020) – that is, leaving aside the ongoing 2021 season, CSK have played 11 seasons in the IPL and they have reached the playoffs 10 times. Out of those 10, the MS Dhoni-led CSK side have reached the final eight times and won the title three times.