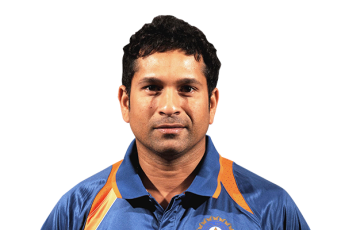 Sachin Tendulkar wasn’t just any name in the cricketing world or in Indian cricket. Born in April 1973 in Mumbai, the right-handed Master Blaster went on to become arguably one of the greatest players to have stepped foot on a cricket field. There was barely any weakness in his technique.

Be it against pace, swing, seam, or spin, Tendulkar had a counter to every single type of bowling. For 24 years, he made batting look serene and pure and was magnificent in all conditions. He was a genius and a master perfecting the art of batting. The Mumbai-born master was arguably the most aesthetically pleasing batsman of his era and also of all time.

Tendulkar made his international debut in a Test match against Pakistan in Karachi in 1989. He was just 16 years old at that stage. He didn’t really get big scores but he mustered up a couple of gritty half-centuries and scored 215 runs in six innings. His ODI debut followed on the same tour but he was out for a second-ball duck.

His career only took off from there. He smashed a stunning match-saving 119 not out at the Oval in 1990. That came at the age of 17. About a year and a half later, Tendulkar announced himself with three hundreds on tough tracks. He smashed tons at the SCG, WACA (Perth) and in Johannesburg in 1992.

That set him up and he just became bigger and better as he grew in his international career. Tendulkar hit at least two Test hundreds in every calendar year between 1992 and 2002 except for 1995 when he played just four Test innings.

His ODI career took off once he started opening the batting in 1994. Until then, he had been faring quite well and was accumulating some good half-centuries. However, the tide turned once he moved to the top. He smashed a 49-ball 82 to showcase his talent and skills and he never turned back after that knock.

Tendulkar dominated the Test and ODI arena for a couple of decades but he was in a different zone altogether between 1992 and 2005. He was churning out hundreds for fun and was consistently getting big scores. In fact, there was a point when India were heavily reliant on Tendulkar to get the bulk of the runs, especially in the 50-over format.

He did suffer a few setbacks in the mid-2000s with the tennis elbow injury and the fallout of the Indian team with Greg Chappell. The runs were down as well in a few series. However, he put all that aside and restarted his dominance in world cricket and reached the pinnacle once again. In 2011, the Mumbai-born Master Blaster achieved his long-standing dream of lifting the World Cup as well. He bid adieu to the game a couple of years later (in 2013) and it also marked his 200th Test match which also happened to be around the same time as his debut Test match.

Tendulkar, wearing the famous No.10 jersey, went on to break records one after the other. Be it in terms of runs, hundreds, or fifties, he broke all barriers and shattered those records to make it his own. For 24 years, Tendulkar meditated on the pitch as it was his home and he tormented most bowlers around the world.

There are barely any batting records that Sachin Tendulkar did not break or achieve in his 24-year long international career. The list will keep going on and on but here are a few of them:

These are staggering stats. Tendulkar was supremely consistent despite being around for 24 years in international cricket. Be it in Tests or ODIs, he just found ways to get runs and that too, big runs. He reigned supreme over world cricket for more than two decades and the numbers reflect that. He is at the top of the mountain in both Test and ODI cricket. Tendulkar has become the benchmark and will remain for a long, long time.

In ODI cricket, the Master Blaster aggregated 18426 runs at an average of 44.83. He opened the batting for the first time only in 1994 and he played 66 innings as a middle-order batsman. It took 79 innings for him to record his first ODI ton but once he got that first ton, he kept churning out hundreds consistently. He scored 49 ODI tons and also struck 96 half-centuries.

When it comes to T20Is, Tendulkar featured in only one game and that was India’s first-ever T20I. He picked up one wicket and scored 10.

Tendulkar was a very underrated customer with the ball. He was a canny and smart operator. He could bowl some medium pace, off-spin and leg-spin along with a few googlies, according to the need to the situation and the team. He may have been under-utilised in Test cricket with the ball but his ODI record is excellent. He took 154 wickets and registered a couple of five-wicket hauls as well in the 50-over format. In the only T20I game that he played, he took one wicket and conceded 12 runs in two overs.

For the first few years, Tendulkar was a tad bit inconsistent but once he found his groove, he was absolutely magnificent. He averaged 40 or more in 17 out of the 25 calendar years he played cricket in. Out of the remaining eight times, he averaged below 30 only once and that was in 2012. Besides this, there were only three calendar years (1989, 1991 and 2013) that Tendulkar didn’t score an international ton.

Tendulkar scored as many as 34 ducks in 782 innings that he played in his international career. He was dismissed for a duck 14 times in Test cricket while in ODIs, he was out on zero as many as 20 times.