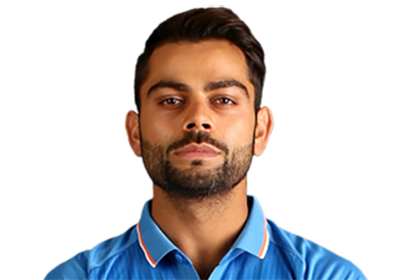 Cricket is a religion in India and captains of any Indian cricket team go down in folklore for generations. From Sachin Tendulkar to Sunil Gavaskar, India have always produced hugely impressive captains that bat and in Virat Kohli they have the perfect player in possession of the captains armband currently.

As charismatic with bat in hand as he is on media duty, Kohli is an icon within Indian sport and his image and persona transcends the sport of cricket. His talismanic approach when it comes to both run scoring and captaincy is also one of his most endearing features and his stamp on the Indian cricket team is undeniable and he will be hoping to keep his nation at the top of the ICC World Rankings.

Born in New Delhi in December 1988, Virat Kohli is the youngest of, Prem and Saroj Kohli’s three children and from an early age was always seen with a cricket bat in hand. He and his family were raised in Uttam Nagar and when old enough Kohli attended Vishal Barti Public School.

Kohli quickly made a name for himself in street/gully cricket, and such was his proficiency that his father was encouraged to join a cricket club. From there, Kohli joined the inaugural year group of the West Delhi Cricket Academy in 1998 and he was described by coaches as a bright and aware player, who took every session and game seriously.

As a conscientious student, Kohli was equally as committed to his academic subjects as he was to his cricket and although he considered university, he took the chance to join the Delhi Under 15’s team before working his way up through the ranks. He was integral to both the Under 15’s and Under 17’s teams in successful seasons and as the competition’s leading run scorer in the Vijay Merchant Trophy, his stock across India was rising.

By 2006 at the age of just 18, Kohli made his first-class debut for Delhi against Tamil Nadu. His initial performances didn’t pull up too many trees before the death of his father thrust him into the spotlight. Kohli scored 90 on the day of his father’s funeral before leaving after being dismissed to attend the ceremony and his presence within Indian cricket was on the rise.

Through 2007 & 2008, Kohli was continuing to score runs on a regular basis for Delhi and he caught the eye particularly in the shorter formats of the game, with his innovative approach to batting unnerving many bowlers. His consistency for Delhi saw him called up to the Indian Under 19 side for the 2008 ICC Under 19 World Cup and Kohli brilliantly captained his country to victory in Malaysia. His performances at the World Cup earned him a deal with Royal Challengers Bangalore in the IPL and although he was only signed up on a youth contract, the exposure to top level cricket enabled his game to progress at breakneck speed.

Kohli was heading for the top and his call up to the Indian full side for the 2008 Sri Lankan Tour was testament to the regard in which he was held within Indian cricket. Legends Sachin Tendulkar and Virender Sehwag were both injured in the build up to the Sri Lankan series and Kohli was pushed up the order as a makeshift opening batsman. With a top score of 54 across the 5-match series, Kohli didn’t set the world alight, but he gave a glimpse of his credentials at the top end of the game, as India won the series 3-2.

Over the next couple of years, Kohli battled to secure a regular spot in the Indian side. He was the first name on the team sheet for India A, across all three formats of the game but also toured England and Australia in 2009 with the first XI, without getting a game on either trip. By the end of 2009 however, with Indian legends such as Tendulkar, Sehwag and Yuvraj Singh all picking up knocks, Kohli was very much part of the Indian set up and he was ready to take his chance.

In ODI series against Sri Lanka and Bangladesh, Kohli registered two centuries – becoming only the third Indian batsman to score two or more international centuries before the age of 22 and he held on to his place in the side for the three-match home series against South Africa at the start of 2010. By the time the year was out, Kohli had been announced as the vice-captain in ODI cricket to Suresh Raina and although he was unable to hit the dizzy run scoring heights of the year before, he notched his third ODI century in a winning effort against Australia in October.

For an extended period between 2010 and 2011, Kohli was India’s most prolific batsman in ODI cricket, registering plenty of match-winning performances against the likes of the West Indies and England. This consistency saw Kohli promoted to the Indian Test side for the tour of the West Indies at the end of 2011 and he kicked off his red-ball career for India with back-to-back half-centuries on his debut.

Having established himself within the Indian test setup, Kohli found runs a little hard to come by at times, particularly on early tours of Australia and he also hit the headlines for making a gesture to the crowd which saw him lose 50% of his match fee. This was a minor blip though as he continued to be India’s most prolific performer in both white and red ball cricket and as such was made vice-captain of both the limited overs and the Indian test side.

In the absence of legendary wicket-keeper batsman MS Dhoni on the tour of Australia in 2014, Kohli was called upon to lead the side – fresh off the back off a superb tour for both Kohli and India in South Africa. His stoic 145 saw India secure an unlikely draw in his first test match as captain and his ability to perform under pressure was continually noted as one of his key traits.

By the time 2016 came around, Kohli had endured his first relatively barren spell in international cricket, but he overcame adversity to be announced as the Indian captain across all formats. He marked the occasion by leading India to the top of the ICC World Test Rankings, with his sheer weight of runs coupled with his aggressive captaincy style setting the trend for many sides within international cricket.

2017 saw Kohli lead his side to the final of the ICC Champions Trophy where they were ousted by old foes Pakistan but undeterred, Kohli bounced back with back-to-back ODI centuries against West Indies and Sri Lanka to equal Ricky Ponting’s record of hitting over 30 ODI centuries and he became one of very few batsmen to have reached 10,000 ODI runs before reaching the age of 30.

India continued to reign supreme across all formats in world cricket through 2018 but they came up short at the 2019 ICC World Cup, losing out to eventual runners-up New Zealand and an ICC trophy is the only accolade that continues to elude Kohli.

2020 kicked off with a disastrous tour of New Zealand for Kohli’s Indian side as they suffered their first whitewash under his stewardship but bounced back in 2021 with a superb series win in Australia, a run to the final of the ICC World Test Championship and an enthralling 5-match series with England, with Kohli continuing to perform in every match and lead his side with aplomb.