Punters Can Earn Regular Income from Betting on Table Tennis 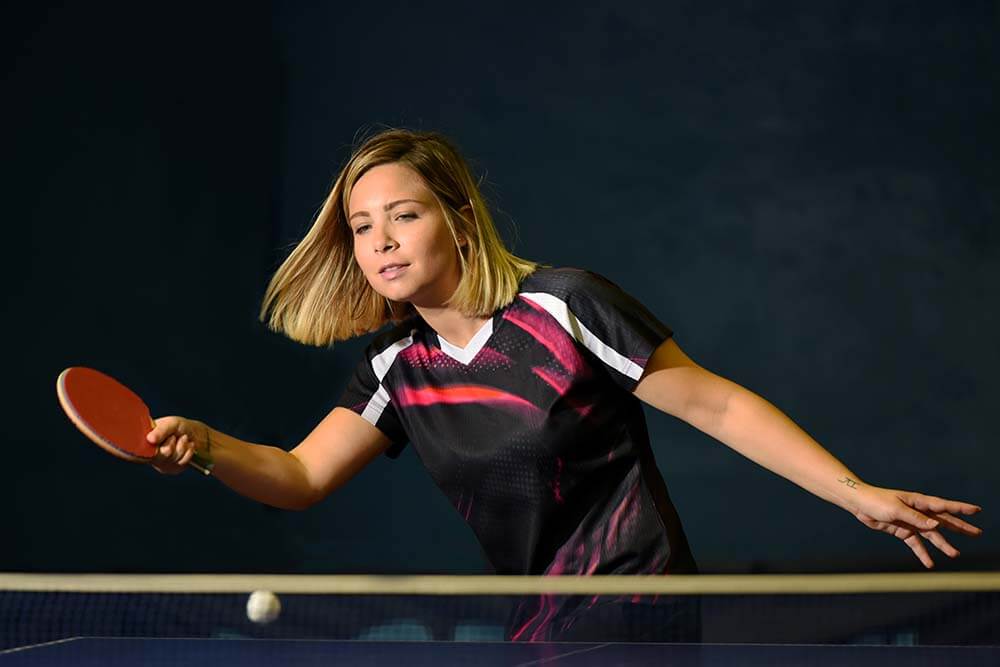 It is only over the past decade or so that table tennis has developed as a betting sport. Most of the best competitions are held in such places as Malaysia, Japan, and China where gambling laws are very strict. As a result, gambling on the game had largely remained an underground activity until online betting became popular.

Even in European countries such as France, Sweden, Germany and England where table tennis has always been popular and that have had better-organised betting structures for much longer than Japan, China or Malaysia, betting on table tennis has grown simultaneously with the popularity of online gambling.

Prior to the 2000 Summer Olympics in Sydney, table tennis underwent changes aimed at making the game more enjoyable to television viewers. The changes included reducing the number of points in a set to 11 from 21 and increasing the size of the ball.

China has been the dominant table tennis nation in both men’s and women’s competitions. After table tennis became an Olympic sport in Seoul in 1988, all women’s Olympic gold medals have been won by China, who only lost dominance in the men’s competition for a brief period in the 90s to Sweden’s Jan-Ove Waldner.

While most people play table tennis for recreation, those who consider themselves serious punters who keep abreast of the sport internationally can use online betting to help make a regular income from the lucrative odds offered.

Odds on table tennis competitions are offered year around by most corporate bookies. Punters can also visit smaller online bookmakers’ sites to make use of live betting opportunities and odds on leagues in various countries. Such sites usually offer various markets, including for outright winners of competitions, as well as live betting options.

Before you choose to bet at an online bookmaking site, look at comparative odds offered, modes of deposit and payment (some even accept bitcoins), ease of navigation and the number of live markets offered.

While the Olympics in Japan is the competition of immediate interest, several other feature competitions take place once or twice a year, drawing huge audiences in the countries that host them as well as the exchange of large sums of money between bookmakers and bettors. The International Table Tennis Federation (ITTF) oversees bigger competitions by delegating the rights to country-level associations. The results of ITTF competitions help compile world rankings.

Considering that the sport is dominated by Asian countries, the biannual Asian Games are a big event on the sports calendar and include singles, doubles and team events. The Asian Cup can also be counted among the important competitions held in Asia.

Lacking players from most Asian countries, the table tennis competition at the Commonwealth Games can be wide open from a betting perspective, with players from such countries as the United Kingdom and Australia likely to emerge winners.

The 16 highest-ranked players of Europe usually take part in European Championships whose winners often represent the most serious challenge to Chinese dominance. The tournament, which is an annual affair, has six events in addition to a mixed doubles competition.

The best players in the world take part in the Olympics which has men’s and women’s events. Mixed doubles, which were the norm until the 2012 games in London, have given way to team events.

If any competition can match the top billing enjoyed by the Olympics, it is world championships that have been held for over 80 years. The inaugural world championship took place in the 1920s in London when the top prize went to a Hungarian. In modern times, Chinese players have dominated the annual event.

Tips for Betting on Table Tennis

It is eminently possible for you to optimise your earnings from betting on table tennis provided you take care of such requirements as:

Form can vary from tournament to tournament. With year-round competition the norm, players can peak at different times. The more accomplished players usually peak in time for higher stake events such as the Olympics or ITTF events.

Given that relatively few punters wager on table tennis compared to some other sports such as tennis or football, it is quite possible that there is a variance on the odds offered by different online bookmakers. When there is a huge difference in the odds offered at different sites you can take advantage by choosing the site that offers the highest potential earnings.

Knowledge of the Field

You must have enough knowledge of the players in the sport and their playing styles. For instance, the top-ranked player may have masterly defensive technique but could still lose to a lower-ranked player whose attacking style helps him to succeed against defensive players.

When two players face off against each other, study the odds offered before the match as well as the changing odds during the match. It’s possible that a higher-ranked player may have an off-day. You could end up with a sizeable profit by making a timely bet if you learn to understand trends based on changing odds.

In futures betting, a bettor can bet on the eventual winner of a competition.

Sometimes, the differences in odds offered on the contestants in a head-to-head contest can vary greatly because one player is much stronger than the other. In such cases, you may prefer not to bet as the result of the contest is almost a foregone conclusion and the returns offered on the favourite are negligible. But you could still hope to earn a substantial return by betting on the outcome of the contest via a handicap bet. For instance, a player A may be favourite to win a match against player B. The bookmaker offers odds of 5/8 on Player A and odds of 6/5 on Player B. A table tennis match is won by a player who wins three out of five sets. So, the bookmaker may offer an incentive in the form of handicap odds – higher odds on a “handicap,” such as “winning the match by a difference of more than one set.” In the above case, the odds offered on the stated handicap may be 7/5 on the favourite. Thus, for every 7 you bet, you could hope to obtain a return of 5 provided the favourite player wins by a margin of at least two sets.

This is the most straightforward type of bet wherein you bet on the final winner of a head-to-head match. When you look at the odds offered on the two competitors/competing sides, you will know which one is the favourite. For instance, odds of 2/5 are better than those of 4/7. You can find that out with a simple arithmetic operation: 2/5 can also be written as 4/10. As you can see, a return of 4/10 – where you can earn ₹4 on an investment of ₹10 – is lower than a return of 4/7. A favourite will fetch lower returns, helping to conclude that 2/5 are the odds offered on the favourite in the head-to-head matchup. (The decimal odds in the above instance would read as 1.4 offered on the favourite and 1.57 on the other side.)

Bettors can use live betting (also called in-play betting) to enjoy more markets to bet on. Live betting allows a bettor to bet on a segment of a match such as a single game, or even points within a game.

Commonly known as under/over bets, you can bet on totals to predict how many games will be played or how many points will be scored in a table tennis encounter.

Consider the Style of Play

Some right-handed players struggle against left-handers, while some do very well. The opposite handedness of a rival may or may not suit a player. So, we would advise you to do enough research on any player you plan to bet on, with regard to their performances against same-handed and opposite-handed rivals. Is the player you plan to back a defensive player or an attacking one? What kind of rival (defensive or attacking) does he prefer to play against based on his past record? What sort of grip does the player adopt? Will it create a mismatch with any other style of grip that a rival may have?

How Hungry is the Player?

As we have discussed earlier, different players peak at different times. In a crowded calendar, a top-ranked player may experience burnout which could cause him to lose to an inferior player. You must keep abreast of the form of active players to understand the level of motivation a player may bring to a competition.

How Is the Head-to-Head Comparison?

When you bet on the outcome of a match between two players, you must be aware of the head-to-head record of the players against each other.

Scout for the Best Odds

Different bookmakers may offer different odds for the same event, especially in a sport such as table tennis that attracts relatively fewer bettors, as compared to cricket or tennis. Scout for a bookmaker that offers the most profitable odds.