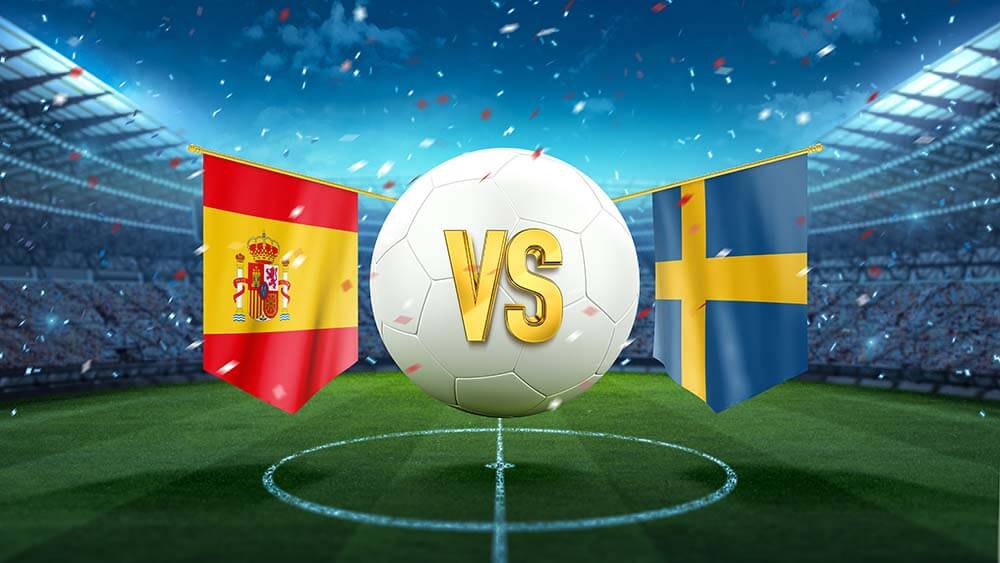 3-time champions, Spain play Sweden in their opening Group E fixture of UEFA Euro 2020 on June 14, at the Estadio Olímpico de la Cartuja, Seville. It is the standout fixture of group E and it starts at 9 PM CET (12 AM IST). Both teams head into the match missing key players as a result of COVID infection as captain Sergio Busquets and defender Diego Llorente of Spain and Dejan Kulusevski and Mattias Svanberg of Sweden all tested positive for COVID 19.

Going into this year’s competition, the Spanish national team won eight and drew two of their 10 qualifying matches, becoming one of the only five countries to have gone unbeaten in the UEFA EURO 2020 preliminaries, the other teams are Belgium, Italy (who both won all 10 matches) Denmark and Ukraine. Spain had more shots (227), possession (70%) and completed a greater percentage of their passes (91%) than any other team in the preliminaries. They were unbeaten in their last five games before this opener, winning three and drawing two.

Jan Andersson’s Swedish team secured their place at this year’s tournament by finishing runners-up to Spain in qualifying Group F. They won a total of six of their 10 matches, drawing three and losing one, with their one loss coming in a 3-0 loss to Spain in their fourth qualifying match. They finished the preliminaries with a total of 21 points (six points less than Spain’s total). They won all of their last five matches leading up to this one and should be feeling very confident going into this fixture.

The teams have played each other a total of 15 times, with Spain winning seven, Sweden winning three and the remaining five ending in a stalemate. In their last five meetings, Spain retains the head-to-head advantage, winning three to Sweden’s one in a run that included two meetings in Euro 2020 qualifiers (Spain won the first 3-0, the other ended in a 1-1 draw).

Spain, despite not quite reaching the heights of the illustrious side of 2008 – 2012 especially, remains one of the most exciting teams in European and world football. They are favourites to win and top group E, despite the absentees. They are a team of incredible depth as they showed in their last match against Lithuania. This match is to be played in Spain where they are unbeaten the 13 matches since they lost to England in the Nations League in October 2018 (11 wins and two draws), which only serves to solidify their favourite tag.

Sweden, however, have shown on multiple occasions that they are capable of competing even against the big dogs (they topped a World Cup group containing Germany, Mexico and South Korea in 2018). They are a solid team high on confidence and should not be ruled out.

In our Spain vs Sweden match prediction, we discuss the exciting group E opener. Veterans Sergio Ramos and Zlatan Ibrahimovic are notable absentees from the Spanish and Swedish Euro 2020 contingents respectively, as they missed out as a result of long-term injuries that ruled them out of the competition and this, alongside COVID related alterations make this match an even more unpredictable prospect.

Place your bets with 4rabet to win money while being thoroughly entertained.