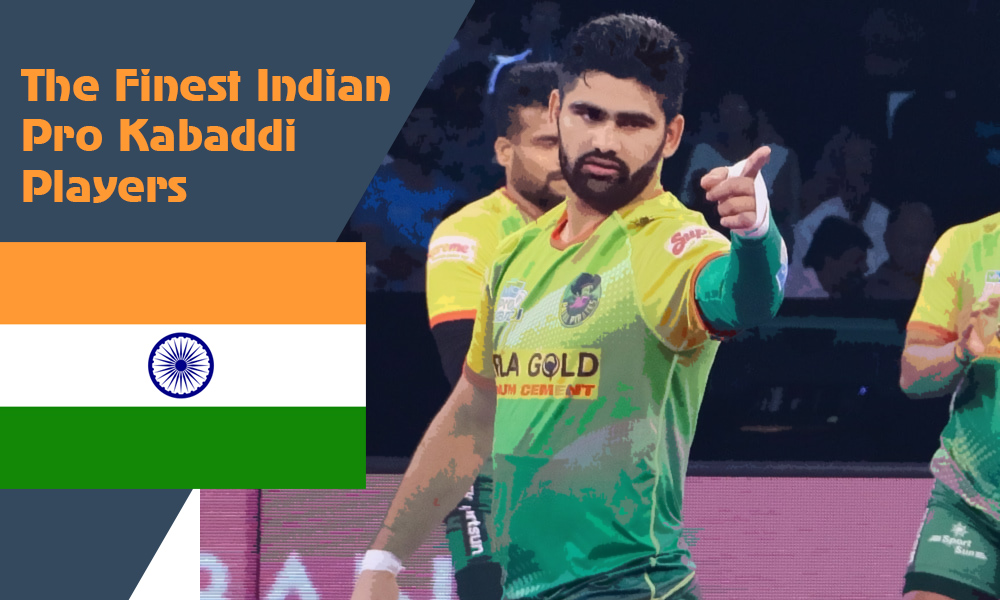 As humble observers but ardent fans, we will be forming a selection of the players that we think are the best in the business. We will be taking both raiding and defending performances into consideration, and will judge players based on their overall performance. Please bear in mind that the statistics included are as the numbers stand at the time of writing.

Pardeep has been dubbed the king of raiders — and with good reason. He has the most outstanding record when it comes to raids, and his stats are borderline insane. His performance in the Pro Kabaddi League has been emphatic, lifting the fans’ hearts into their throats during every raid. It’s safe to say that Pardeep is a bona fide household name in the world of Kabaddi. Lastly, he earns the fattest paycheck than any other PKL player.

When he began his Pro Kabaddi career as a defender, many would not have expected to see Rahul go on to thrive as one of the best raiders in PKL history. Sometimes even called The Raid Machine, Rahul astounded viewers with his flamboyant skills and dexterity. His techniques are able to bewilder even the best of defenders, and being a defender himself in the past, he has an even better understanding of their mindset.

One of the key players in PKL as well as captain of the Indian National Kabaddi Team, Deepak has awed audiences without fail. His talent was well-known even before the inception of PKL, and thus received the second-highest bid in the inaugural season. He maintained his form effortlessly and is, even to this day, an all-rounder opponent to be acknowledged by any defender.

Policeman by day, Pro Kabaddi player by night, Ajay is one of the most versatile players in the industry. His achievements for Kabaddi are abundant and with his expertise, he even led the National Team to victory as the captain. His notoriety in PKL as one of the best raiders in the sport is still very much alive. In the 2016 World Cup, Ajay racked up the highest points of any player.

Captain of the Bengal Warriors, Maninder is infamous for his intelligence and skill in raiding and team management. His fans, as well as his teammates, trust his decisions. Maninder increases team cohesion and unity by presence alone. With proper synchronization and sportsmanship, he is a player to look out for. His ability to slip through defenders and bring back points is near-impeccable.

The current skipper for the Bengaluru Bulls, Pawan Kumar is yet another genius player whose impact on the sport is undeniable. Carrying an entire team on one’s shoulders is no easy feat, yet he makes it look easy. His hard-working mentality and ferocious techniques make him stand out from the rest in his league, and he has a vast number of achievements and accomplishments to his name.

Being the previous captain of the Bengaluru Bulls, Rohit Kumar has quite the experience and skill. Even though his performance has taken a dip since last season and he was struggling to rack up points, he still has the skills inside him and this sleeping tiger can wake from his slumber ready to pounce at any time. His extensive experience in leading a team also gives him the upper hand in decision-making.

Amongst the domination of raiders, Manjeet Chillar rises up. Even though he is an all-rounder, he primarily plays as a defender. Defenders are usually overlooked by fans, however, this is one defender even the best raiders are wary of. Being the best defender in the PKL, Manjeet has some of the most mind-blowing achievements in his résumé — all the way from highest-paid defender to highest total tackle points.

Next on our list comes the glorious raider Rishank, who has been consistently ranked among the best players in the league. He brings in the points with his aggressive play style and keeps the viewers entertained. It would be impossible to make this list without mentioning him. Moreover, he still has much room for growth, so we can only fathom his true potential on the mat.

This eagle-eyed defender swiftly holds the guard of his team and makes spectacular tackles. He is deemed as one of the best defenders on the scene. His success rate of fruitful tackles is astoundingly high, and he is another defender that stands out on a leaderboard that is typically saturated with raiders.