4ranews / Cricket / The Most Man of the Match Awards in Tests

The Most Man of the Match Awards in Tests 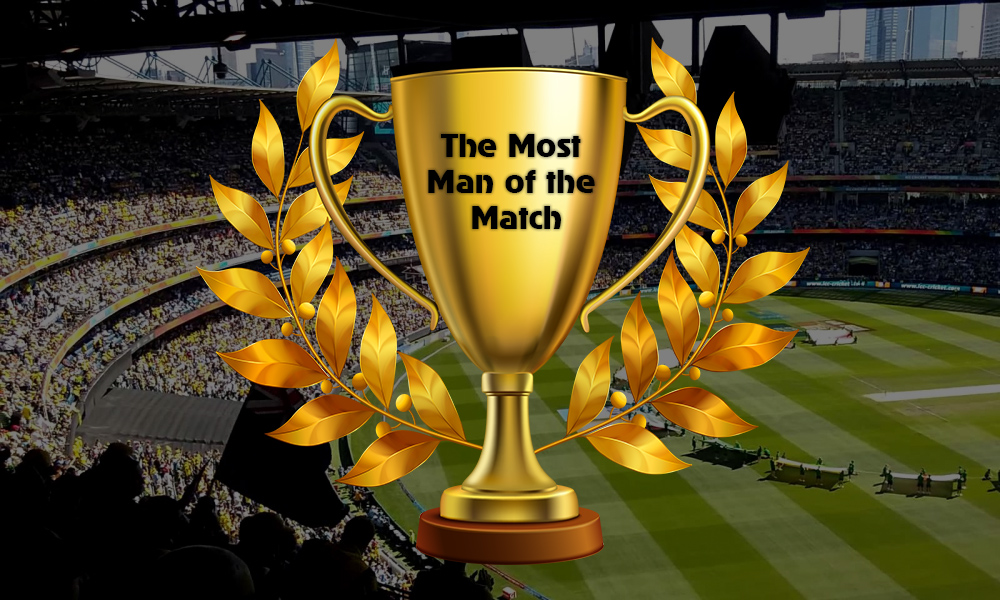 Although one person cannot win a match by their lonesome, exceptional individual efforts can often get the team to a winning position — or stand out regardless of the end result. Such performances are celebrated with the much-coveted Man of the Match award. These awards can sometimes be given to two players for equivalent outstanding efforts, or in extremely rare cases (only thrice between ‘96 and ‘99), to the entire team.

It takes a truly special breed of player to collect this achievement multiple times, and we will take a look at the 10 players to have done so more than others in Test cricket. Although it is now mostly referred to as the Player of the Match award, we will refer to it by its former moniker to maintain uniformity.

A bona fide beast of a cricketer, Kallis needs no introduction to anyone who has watched cricket during his playing days or researched the greats of the sport. Almost equally proficient with both bat and ball, he could single-handedly win a match with his talents in either discipline. Kallis has truly absurd statistics in Test cricket, and it’s really no surprise that he comes at the top of this list with 23 Man of the Match awards in 166 matches.

Arguably the greatest spinner and statistically the most lethal bowler to have ever roamed the greens of a cricket field, Muralitharan has a whopping 800 wickets to his name. He was known for regularly dismantling entire batting lineups, and 10-wicket hauls were but second nature to him. He received 19 MOTM awards in 133 games.

Bowlers like Anderson and Broad must consider themselves lucky that Wasim Akram never played as many Tests as they did. The Sultan of Swing was a ridiculously talented bowler, and was known for chewing through batters on good days. In just 104 matches, he received 17 MOTM awards, which is the highest matches played to awards won ratio in this list.

This wily customer may have faced controversy after controversy off the field, but his passion for cricket was impeccable. He was with leg-spin what Muralitharan was with turning the other way, and he was elected Man of the Match 17 times in 145 matches.

Sri Lanka’s dynamic duo from the aughties will pop up in most batting-related lists. Usually above his counterpart in this regard, Sangakkara maintains that norm for this one as well, grabbing 16 MOTM prizes in 134 matches.

Australia’s fabled, fantastic captain played a massive 168 matches and was chosen as the player of the match 16 times. Additionally, he took Australia to near-invincibility with an excellent crop of talent under his wing, becoming the full-time Aussie captain with the best win rate.

One would hardly suspect, watching this man jog in rhythmically in an unassuming manner to deliver the ball, that they were watching such a lethal bowler. For the most part, Ambrose had a swagger about him that exuded unassuming confidence. That didn’t stop him from being endowed with 14 MOTM awards in just 98 matches, though.

Another brilliant Aussie captain and batter joins this list at number 8 with 14 MOTM awards in 168 matches. Although trailing his successor by two awards from the same number of games, Waugh was no less of a talent with the bat.

Speaking of talents with the bat, a list of batting accomplishments would hardly be complete without the Master Blaster being involved. Despite some magnificent performances, however, Tendulkar’s MOTM talent isn’t the greatest with just 14 in his lengthy 200-match career.

Where there’s Sangakkara, Jayawardene will almost always follow. An excellent batter by his own right, he made the highest individual Test score of any batter on this list, even if he comes in 10th place on it. He was adjudged the best player of the match 13 times in 149 games.