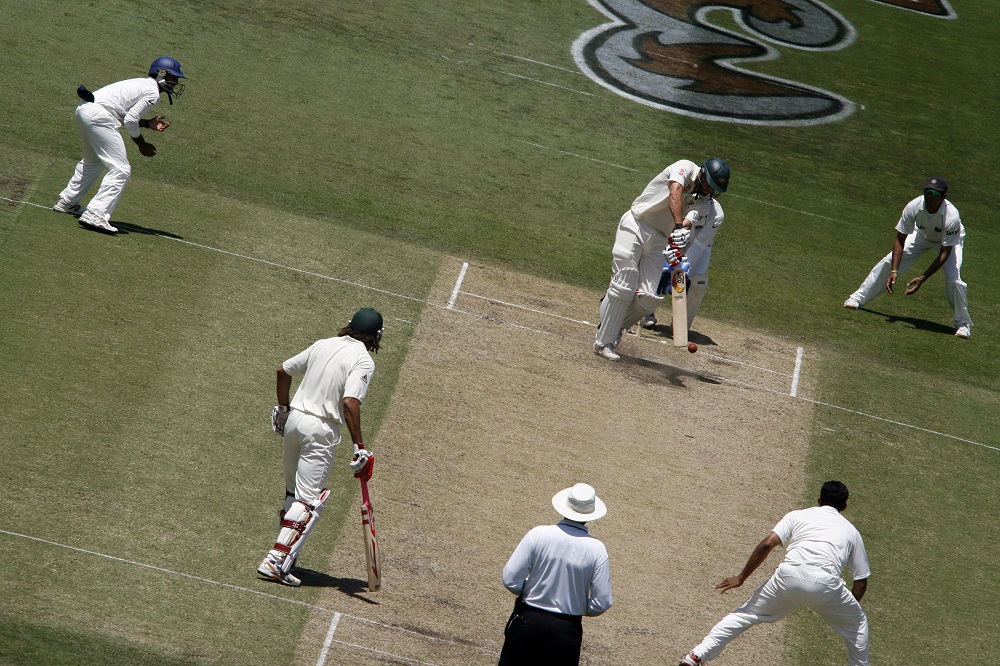 Delivering a winning performance in a Test match is not an easy feat. After all, the cricket experts around the world agree that the experience and skill needed in Test cricket show the true class and mettle of a batter. Thus, the batters who have managed to keep calm and score multiple Test hundreds in a calendar year deserve a round of applause. These are the cricketers who have inspired generations with their performance. Have a look!

2006 was like a fairytale for Mohammad Yousuf. This was the year when he created and broke a number of records in the Test format of cricket. Back in his glory days, Yousuf was called one of the most dependable batters who offered the necessary support to the batting lineup. However, in 2006, this right-handed batsman took the game to another level. He aggregated an outstanding 1,788 runs in more than 11 Tests, the highest in one calendar year so far.

Right from the India series that took place in Lahore where he scored at least 173 to finishing with 124 runs against the West Indies back in Karachi, he turned into a run machine. Yousuf scored nine centuries that year – the most Test centuries in a calendar year. He also had three fifties, so in short, he was pretty much unstoppable in Test cricket.

He was smashing it out of the ground as he had a whopping average of 99.33 in Test cricket. He took down every opposition and belted their bowling with class and authority.

Class and skills personified – Viv Richards took cricket to great heights in his days. In fact, Richards was pretty much invincible with the bat in the seventies and eighties. Right from the time he made his debut in 1974 to the final Test he played in 1991, he had a career that was 17 years long. During this time, he offered West Indies several moments to remember as a captain and a batter on the cricket field. However, his Test batting skills opened up the most in 1976. Richards played 11 Tests in 1976 and gathered 1,710 runs in total, the second-highest in a calendar year. He scored seven centuries, which included five fifties and two double centuries. Richards also had an amazing batting average of ninety. From England to Australia, and to his home ground, Richards managed to score big all around the world that year and appeared pretty much invincible.

It is also true that his highest Test score (291 against England) took place during this period too. Viv Richards played in a total of 121 Tests and amassed 8,540 runs.

Graeme Smith, one of the finest players to ever be the South African captain on the cricket field, is a top-ranked batter with excellent technique and skills. 2008 was a particularly great year in his career, where the batting skills of the cricketer took him to never-seen-before heights.

Smith reached the level of a cricket legend by scoring 1,657 runs in fifteen Tests in a calendar year. This was the year when Smith was unbeatable as he went on to score big runs with his bat. He was smashing it out of the ground as he had an outstanding average of 72 in Test cricket, with six centuries and six half-centuries. From a brilliant home series against West Indies to getting 232 runs against Bangladesh, he pushed past every obstacle for his team.

Michael Clarke had a Test average of more than 49, enough to prove his batting skills. However, Clarke shone the brightest in the year 2012, when he achieved the heights of success and scored at an unthinkable rate. He had an average of more than 106 and scored 1,5951 runs to come up as the best Aussie player in one calendar year. Right from scoring a triple century (329) against India to another century against Sri Lanka, Clarke came all guns blazing that year. The triple century he scored in Sydney made him the only Aussie captain to ever manage that feat at home. Along with the triple delight, Clarke scored three double centuries, which was the most scored in a calendar year. He was at the top of the batting chart that year.

Sachin Tendulkar is known as one of the best and the most complete batters to have ever graced a cricket field. As a matter of fact, it is hard to find any batting record that does not have Tendulkar’s name written on it. From fifties, hundreds, and more, the list of his records is long. He is the only cricketer to have scored over 15,000 runs in both ODIs and Tests. He scored a whopping 15,290 runs in Test cricket.

In 2010, Tendulkar was at his best as he scored 1,562 runs in one calendar year. In a total of fourteen Tests that he played in 2010, he had an average run of more than 78, which included five fifties and seven centuries. Thus, his name is also among those with the most centuries in Tests in a calendar year. Though most of the runs he scored that year were in India, he had a 111-run innings against South Africa that is talked about until today. Nevertheless, it would be wrong to say that Sachin was only dominating Test cricket at that time. That year was also the one when he became the first batter to score an ODI 200 (against South Africa back in February 2010). The Master Blaster was truly in his element that year.

These records have remained unbroken for years. So, who do you think is going to be the next record-breaker?