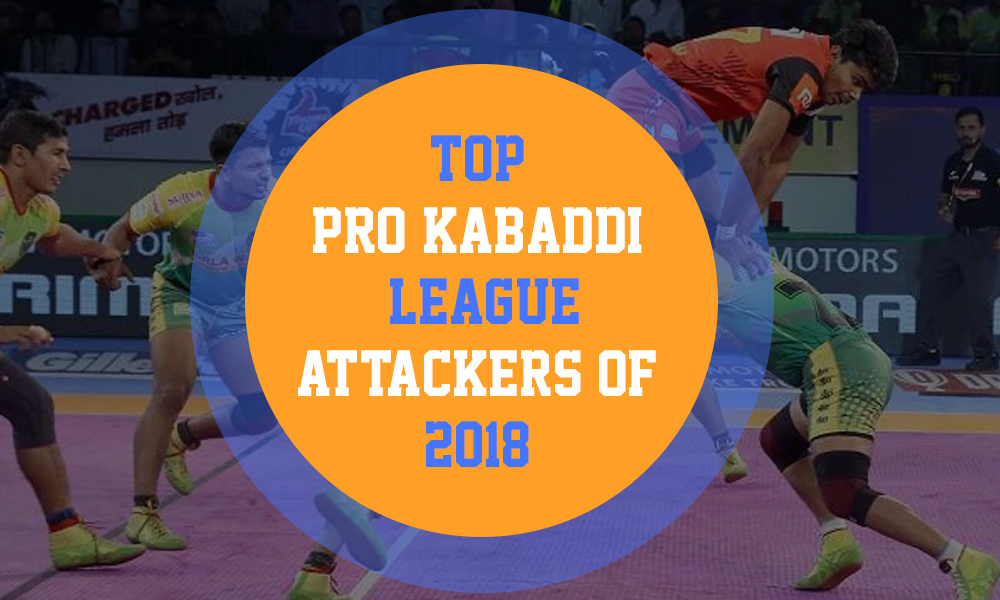 For a sport that is — on the surface — almost entirely about strength, speed, and agility, both of Kabaddi’s two disciplines of attack and defense have a surprising amount of cerebrality. This goes to the point where both raiding and defending are no less than art forms to be honed.

While defending has its own importance, attacking is far more important in Kabaddi because the majority of the points you can earn come from successful raids. As a result, the most successful raiders on the scene have incredible reputations and are generally far more celebrated than their defensive counterparts.

The emergence of Pro Kabaddi League as the premier tournament for the sport in its homeland has certainly spiced things up, causing teams and players to rise up to a level previously unforeseen. Players like Siddharth Desai, Pawan Kumar Sehrawat, and Pardeep Nawal have become household names because of their incredible displays of Kabaddi skill.

The 2018 season of the PKL saw some brilliant attacking plays, with plenty of All Outs, Super Raids, and Super 10s being witnessed. Let’s take a look at the players who topped the point charts with their raiding finesse.

Kicking off our list is the most expensive PKL player until Pardeep Narwal overtook him following UP Yoddha’s expensive purchase. Monu joined the Haryana Steelers with plenty of hype, and although his performance didn’t quite reflect his value, he was nevertheless a solid attacker with a decent 160 raid points to his name along with 10 Super 10 performances and 3 Super Raids.

A great attacker by his own right, Rohit Kumar’s performance for the Bulls in Season 6 was somewhat overshadowed by his prolific raiding partner, who is someone we’ll meet later on in this list. Rohit beat out Monu Goyat’s haul by 2 raid points and had 5 each of Super 10s and Super Raids.

Although they couldn’t progress past the semifinal, Dabang Delhi had a fantastic 2018 season which was pretty much carried by their raiders. They racked up a massive 401 points between them, and of that tally, Naveen had 172. Those points included 8 Super 10s and 3 Super Raids.

Aati kya Khandola? The second Haryana Steeler on our list managed to outshine his far more expensive teammate. Khandola had the same number of raid points across the season as Naveen Kumar, and although he had two fewer Super 10s, he balanced it out with two more Super Raids. Sadly, the Steelers finished at the bottom of the Zone A table despite two of their players being on this list.

Although not as prolific as the more famous cricketing Sachin, this one nevertheless topped the Gujarat Fortunegiants (now Gujarat Giants) scorers’ list with 180 raid points, with 7 Super 10 hauls and a single Super Raid among his achievements. His performance saw the Fortunegiants finish the league stage at the top of the Zone A table with a whopping 93 points, although they eventually fell to the Bulls in both the first Qualifier and the final.

We take a sizable jump into the 200s with Ajay Thakur’s 203 raid points. Thakur was unfortunate enough to be a part of the miserable Tamil Thalaivas squad of 2018, which finished at the bottom of the Zone B table. Ajay had 7 Super 10s and 3 Super Raids, and played his heart out to, sadly, no avail.

Although Bengal Warriors’ playoff run was cut short by Dabang Delhi in the second Eliminator, their otherwise solid season was made possible by Maninder Singh, who popped off with 206 points with 9 Super 10s and 6 Super Raids.

Like the Warriors, U Mumba had a great league stage only to fall in the first part of the playoffs. The main reason they had such a great run? Siddharth Desai’s magnificent performances. The veteran earned his team 218 points and achieved a total of 12 Super 10s and 10 Super Raids.

The current record holder for the most expensive transfer in PKL history, Pardeep Narwal had a blistering 2018 season in which he hauled 233 raid points with an incredible 15 Super 10s out of 22 games along with 6 Super Raids. Sadly, his Herculean effort wasn’t enough to help his team qualify to the next stage.

Last but the very opposite of least, Pawan Kumar Sehrawat’s 2018 season is something legendary. Bulldozing his way out of defenders to score a massive 271 raiding points including 13 excellent Super 10 performances and a brutal 12 Super Raids, Pawan combined forces with the aforementioned Rohit Kumar to land Bengaluru the title.