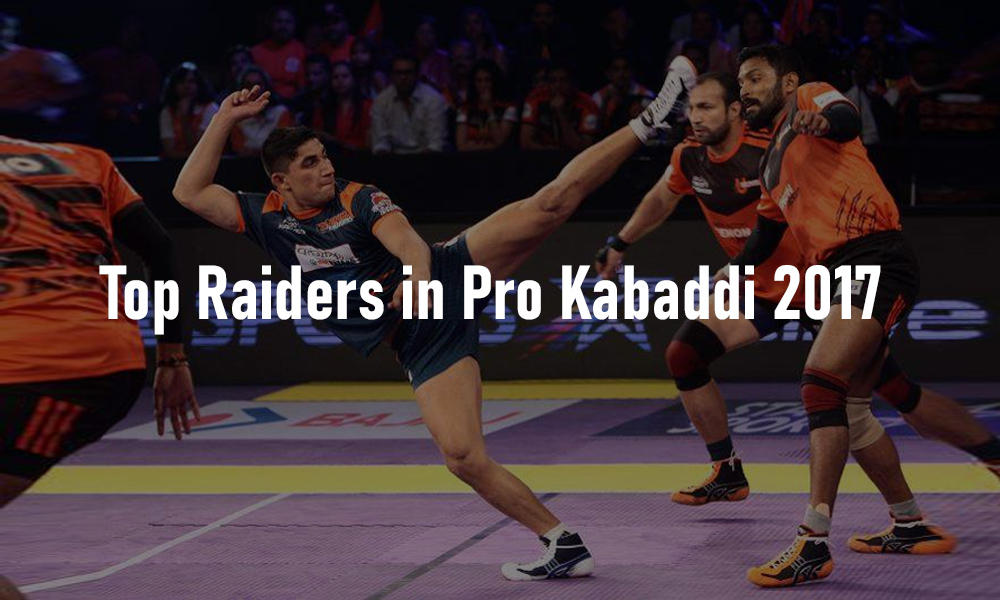 Kabaddi is one of the most enticing games played ever. Similar to most sports, it’s a game involving attack and defense. In this case, the attackers, also known as the raiders, are the key asset of the team along with the defenders for winning the game. Unlike defenders, raiders have to play solo, and as such, they become the game’s center of attraction.

Pro Kabaddi League season 8 has arrived, and teams are all set to fight off each other to assert their dominance in the tournament. The top raiders have produced some better tactics and emerged into this season with a better version of themselves.

The agility, alertness, and smart strategies are the three key points that lead a raider to score most raid points. The variations in moves and techniques differ and range from back kicks to toe touches. In the past few seasons, fans have witnessed some unique and aggressive raiding tactics, which were truly engaging for all. With the onset of season 8, here’s a glance at the Pro Kabaddi 2017 top raiders to watch out for.

Below is a short table representing the top raiders in Pro Kabaddi 2017, who possess great potential to do well in this current season.

Players with Most Overall Points

Players with Most Raid Points

This Haryana-born 25-year-old raider has set a benchmark of raid performance for all other kabaddi players. He won two consecutive titles for the Patna Pirates with his impeccable gameplay. In season 2, he played for Bengaluru Bulls. In the Kabaddi World Cup 2016, he won the gold medal for his excellent performance.

He bagged the first rank in the list of top raiders in Pro Kabaddi 2017, with a total of 369 raid points in 26 matches. He had an impressive average of 6.74 points in every game of that season. His exceptional gameplay strategy, dedication, and expertise will undoubtedly help him retain his ranking in this current PKL season too.

Rohit Kumar ranks second in the list of the Pro Kabaddi 2017 top raiders. From 2017 to 2019, Rohit played in the jersey of Bengaluru Bulls, but fans will catch him showing great performances in the jersey of Telugu Titans in this current season. Anup is one of the highest bid kabaddi players of the league.

This star raider has made a great impact over the tournament with his amazing and consistent performances over the years. In 2017, he managed the second position in the top raiders list with 219 raid points in 22 matches.

In season 3, he was awarded the title of the ‘Most Valuable Player of the league. His gameplay proves how efficient and crucial he is for the team, and we expect to see the same performance in this latest season too.

Ajay Thakur, a 36-year-old athlete from Himachal Pradesh, had changed the world of kabaddi with his mesmerizing performances. In 2017, he played for Tamil Thalaivas in the Pro-Kabaddi League. In 2019, he was awarded the Padma Shri and Arjuna award by the president of India. This raider has a great impression among the kabaddi fans worldwide.

His excellence in kabaddi is the pillar of his fame.

With 213 raid points in 22 matches, he bagged the third position in the ranking table for the top raiders in PKL 2017. He had an average of 5-6 in each game for the last few seasons of PKL. With nine green cards and one yellow card, he is a well-known sports celebrity worldwide.

The former U Mumba star raider, Anup Kumar, is one of the best raiders ever seen in the history of kabaddi. He is currently playing for the Jaipur side. Often called the “captain cool,” he improvised rapidly and made his way into the top raiders of Pro Kabaddi 2017.

Just like the phoenix, Anup emerged from the ashes to become one of the best raiders of all time.

Rahul has become one of the most famous raiders in the world of kabaddi. This 28-years-old raider from Uttar Pradesh had the best debut into the first season of PKL with 151 raid points on his name. In that season, he got the title of the ‘best raider of the tournament.’ This was the starting point to his bright career, and he never had to look back again.

His exceptional capability to raid from both court sides with lightning speed makes him a threatening figure for the opponents.