Most Consecutive Fifties in Test 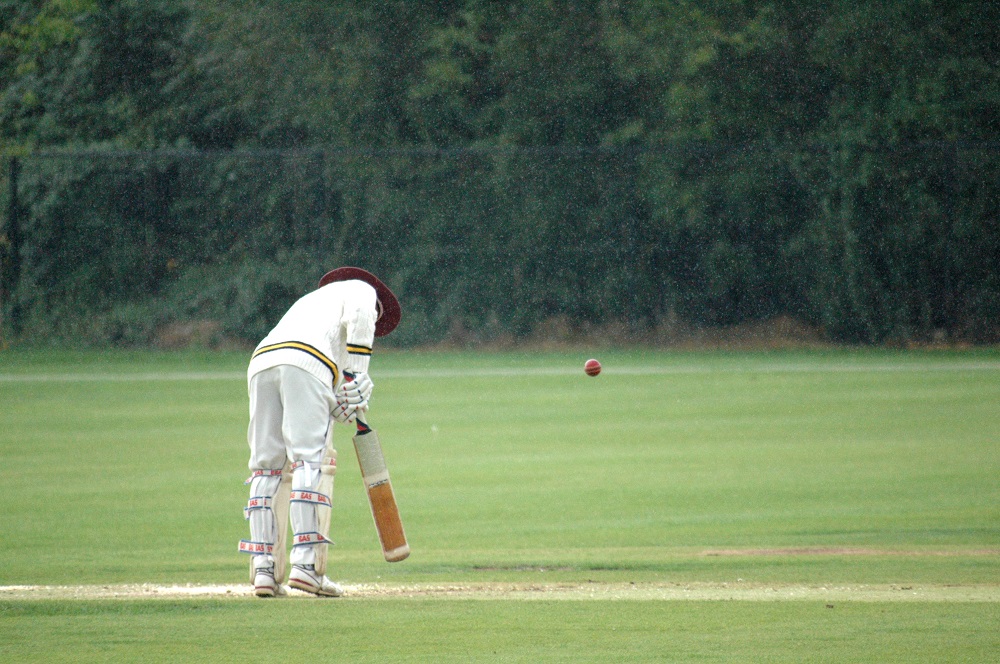 Former West Indies top order batsman Everton Weekes holds the record for the most consecutive fifties in Test cricket. He scored seven consecutive fifty-plus innings between 27 March 1948 and 4 February 1949. The record has since been equaled by five other batsmen. The latest to join the bandwagon was India’s KL Rahul in August 2017.

West Indies legend Everton Weekes established the record beginning with the 4th Test of series versus the touring England side in Kingston. Batting at number three, Weekes scored 141 in his only innings of the match, contributing to his side’s 10-wicket victory. His next innings came in November 1948, on the West Indies tour of India. In the first Test at Delhi, Weekes made 128 in his only innings of a high scoring game that ended without result. In the next match of the series in Mumbai, Weekes scored 194, helping his side to an innings victory. In the third match in Kolkata, Weekes scored 162 and 101, in another match that ended in a stalemate. In the fourth match in Chennai, Weekes was unfortunately run out for 90 in his only innings of a match that West Indies by an innings and 193 runs. The last match of the series in Mumbai witnessed innings of 56 by Weekes. He fell short of yet another fifty by merely two runs in his 2nd knock in another drawn encounter.

It all began in the second innings of the second Test of a series in Harare on New Zealand’s tour of Zimbabwe in September 2000. Flower made 65 after the home team followed on. His knock could not prevent the visitors from winning by 8 wickets. Two months later, in the first Test in Delhi during Zimbabwe’s tour of India, Andy scored 183 not out and 70 in a match that India won by 7 wickets. In the next match in Nagpur, Flower scored 55 and 232 not out in a drawn game. In December 2000, in the only Test, in Wellington, during Zimbabwe’s tour of New Zealand, Flower scored 79 in his only innings of a drawn match. In April 2001, Andy completed his record string of scores in the 1st Test of a series during Bangladesh’s tour of Zimbabwe. He scored 73 in his only knock in a match that the home team won by an innings and 32 runs. Thus, Flower became the second batsman to the record of most consecutive 50s in Test cricket.

Between November 2006 and December 2007, former West Indies batsman, Shivnarine Chanderpaul joined the list of cricketers with seven consecutive Test fifties. He began by scoring 69 in Karachi the 2nd innings of the 3rd Test of a series on West Indies tour of Pakistan, a match that the hosts won by 199 runs. Six months later, Chanderpaul scored 74 in his only innings in the first Test of a series on the West Indies tour of England. That match ended without a result. A month later in the 3rd match of the series in Manchester, Shivnarine scored 50 and 116 in a match that England won by 60 runs. In the 4th Test of the series in Chester-Le-Street, Chanderpaul added innings of 136 not out and 70 to his record run, though his effort could not prevent England from winning the game by 7 wickets. Six months later, in Port Elizabeth, in the 1st Test of a series on the West Indies tour of South Africa, Chanderpaul scored 104 in the first innings of a match to help his side to a 128-run victory.

Between 27 January and 14 July 2014, former Sri Lankan captain and wicketkeeper Kumar Sangakkara scored seven consecutive fifties. The first of those innings came in Dhaka in January 2014 in the first Test of a series when Sanga contributed 75 in an SL score of 730/6. SL went on to register an innings victory. In the next Test of the same series in Chattogram in February 2014, he had scores of 319 and 105 in a match that ended in a draw. The left-hander next had innings of too ended without result. With scores of 79 and 55 in the next match at Leeds, Sangakkara not only had the record but helped his side to a 100-run victory.

In the 2nd Test of a series in Brisbane on India’s tour of Australia in December 2014, Former Australian opener Chris Rogers scored 55 in each innings to help his side to a 4-wicket win. In the next match of the series in Melbourne, Rogers made 57 and 69 in a drawn encounter. In the 4th Test at Sydney, Rogers registered innings of 95 and 56 in yet another drawn game. Rogers had to wait another six months to equal the record for the most consecutive fifties in Test cricket. In the first Test of an Ashes series in Cardiff in July 2015, Rogers scored 95 in the first innings of a game that England won by 169 runs.