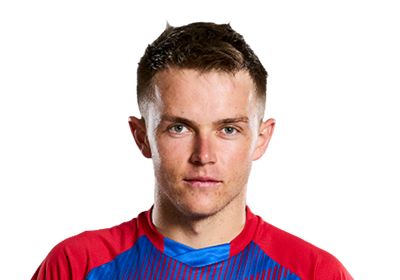 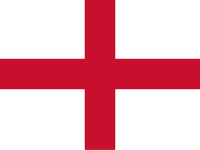 Samuel Matthew Curran may not look like a cricketer at first sight – with his boyish looks and clean-cut face making him resemble a prep-school student – but the 23-year-old England all-rounder has already powered his many teams to many victories. Following in the footsteps of his brothers, father, and even grandfather, Curran already looks intent on proving that he’s not just one of them, but is capable of being the best. A charming cricketer, Curran’s unassuming appearance and winning smile are a deceptive cover for some pure cricketing talent.

On 3 June 1998, Sam Curran was born in Northampton, England. The child of Zimbabwean international Kevin Malcolm Curran and grandchild of Zimbabwean first-class batsman Kevin Patrick Curran. Because of his Zimbabwean lineage, people often ask what country Sam Curran is from. The Curran children – Tom, Ben, and Sam – were all interested in cricket from an early age.

When he was a teenager, his family moved to England, where he played for Surrey’s Under-15 and Under-17 teams before joining their Second XI. While representing Surrey, he received great praise from former England captain Alec Stewart.

Curran got his big break on the Surrey senior team in a T20 match that was part of the NatWest T20 Blast, going up against Kent at the tender age of 17. The following month, he began his first-class career playing for Surrey – again against Kent – and became the second-youngest player to ever represent the county. He took five wickets in the first innings of that match, and although first-class records are murky, he is considered the youngest player ever to take a five-for in the format.

In 2016, he was in the England squad for the Under-19 World Cup, where he was in the starting XI for all of England’s six matches. Although his team ended the tournament in 6th place, he managed to score a commendable 201 runs and picked up 7 wickets. In the same year, he represented England’s ‘A’ team, the England Lions, on a tour in the UAE.

The young Curran’s rise continued through 2017, and his hard work paid off in the summer of 2018 when England called him up for a Test against Pakistan at Headingley.

However, it was against India in the same summer that his finest hour came, as he, in the team as a bowler, displayed some fine batting skills to earn his first Man of the Series award with 272 runs and 11 wickets to his name.

The all-rounder joined the Auckland Aces for New Zealand’s 2017/18 Super Smash, where he put up some memorable performances.

For his exemplary talents, Curran was awarded the Young Cricketer of the Year award by the Cricket Writers’ Club in 2018.

Curran’s T20I debut happened in 2019 against New Zealand. He couldn’t find a firm footing in that match, and in a nutshell, that’s been the story of his T20I career so far, where he averages just 18 with just 91 runs from 10 innings played with the bat. With the ball, he’s slightly better off with 16 wickets from 16 matches at 7.94 per over.

After proving himself to Indian audiences, Curran was picked up for a massive 7.2 crores by the IPL team now known as Punjab Kings. However, he couldn’t quite shine as brightly on his IPL debut as he was not used to Indian pitches, and his middling performance saw him being released the next year. Curran was then picked up by Chennai Super Kings for a still impressive 5.5 crore, and his IPL career has improved greatly while playing for the South Indian franchise.

As far as the IPL is concerned, Curran’s batting is far more valuable than his bowling, where he struggles to find the same lateral movement or indeed bowling speed that he can generate in his home conditions. His fastest ball in any match is usually around 135 km/h, which is tepid compared to other speedsters. With the bat, his IPL stats show that he averages only 22.47, but boasts a strike rate of 149.78, which is commendable for an all-round utility player.

Over the last 3 years, Curran has made his place in the cricketing world through skill, grit, and love for the game. He has continued to feature for England and put up decent performances here and there. Although not a consistent performer in either batting or bowling disciplines, either of his skill sets can occasionally rise up, allowing him to pull off match-winning performances.

His recent memorable efforts include a 95* in a losing cause in the 5th ODI against India away from home in March 2021 and a five-for in the second ODI against a visiting Sri Lanka in July of the same year.

Despite his older brother Tom taking to the field far earlier, Sam is the more likely pick for his national team in Tests and T20s, and in time, might supersede his brother in the 50-over format as well.

Sam Curran has an undeniable vat of talent, and given his youth, he can potentially become a star player for England or just about any team or franchise he plays for with some polish and grooming. He has all the makings of a potential future Jacques Kallis or, given his roots, Neil Johnson. At the very least, he can be akin to Jason Holder, Chris Woakes, or fellow CSK all-rounder Dwayne Bravo, which is also not a bad feat by any means.

Currently, Sam Curran is playing in the IPL for his current team CSK, and at the time of writing, the team is at the top of the table. Following this, he will be up for the 2021 ICC Men’s T20 World Cup, for which he has been named in the England squad.