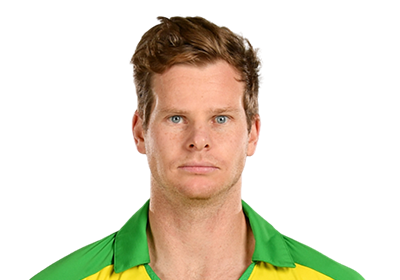 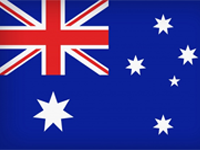 If someone told you that Steven Peter Devereux Smith had begun his playing career as a spinner who could bat a little, you would probably be at least a little surprised. Indeed, he did, but the Australian has since carved his name into the annals of cricket history by becoming one of the greatest batters in the history of his country – which, considering his competitors in that department, is quite the feat.

Smith was born in Kogarah, Sydney on 2 June 1989. He began his cricketing career playing for a team called Sevenoaks Vine in England’s Kent Cricket League courtesy of his dual citizenship through his Britain-born mother.

On 25 January 2008, at the age of 18, Smith had his first-class experience for New South Wales who were playing Western Australia at the Sydney Cricket Ground. That same year, he represented his country at the 2008 Under-19 Cricket World Cup, where he was decent with both bat and ball.

The following year, Smith won the Twenty20 Champions League with NSW, playing a critical role with both bat and ball to get the Australian side home against Trinidad and Tobago.

In 2010, Smith made his debuts in both limited overs formats in February, playing his first T20 match against Pakistan and ODI against the West Indies. His Test debut came five months later versus Pakistan. By mid-2010, he had already made a name for himself as he averaged over 50 in first-class matches. At the same time, his bowling was also getting better, with even the great Shane Warne taking an interest in his achievements and praising the youngster.

Despite these early successes, Smith’s rise was put on hold as he failed to impress at the 2010-2011 Ashes. Following Australia’s loss in the 2011 World Cup, he lost his place in the national team in every format, and it wasn’t until 2013 that he found his footing again.

In between, Smith had his first stint in the Indian Premier League in 2012 with the now-defunct IPL team Pune Warriors India. Considered just an average player at the time, he nevertheless chalked up 350+ runs in his first season. Meanwhile, New South Wales had become the Sydney Sixers, and Smith was a regular, winning the Big Bash League in the inaugural season of its new format.

His fortunes would take a turn during the 2013 Ashes, when he finally showed the world what he was capable of. Critics praised his effective – albeit unorthodox – batting style, and he performed even better the following year when he had a fantastic series headlined by a crucial century that helped his team win the Ashes back.

In 2014 he also joined the Rajasthan Royals in the IPL with his IPL career continuing to grow. He also signed up for the Antigua Hawksbills in the Caribbean Premier League, but later withdrew. A strong home series against India secured his spot in the team, and he has been almost a regular fixture since.

As 2015 rolled by, Smith was a part of the Australian team that won the ODI World Cup, taking the crown back from India and making it five to their name. He took over the captaincy of Australia from the retiring Michael Clarke, and his ICC ranking as a Test batter reached the very pinnacle, marking a personal milestone. Smith also became the first Australian to score a double century at Lord’s in over 70 years.

The next two years saw Smith rise to almost mythical heights as he not only consolidated his skills, but also matured as a captain. Smith’s Test batting average was incredible, and he even made strides in the IPL as he joined Rising Pune Supergiant in 2016 and scored his first IPL century. Although an injury prevented him from completing the season, he returned in the next one and took his team to the final, where they lost by a narrow margin.

The year 2018, however, saw his downfall. In a hotly contested Test series against South Africa, Smith was found guilty of ball-tampering in the third Test and was subsequently banned from all formats of the game for an entire year. He was also booted from his role as captain of the Rajasthan Royals as a result. However, he still managed to play at the Global T20 Canada tournament, which he followed up with a season with the CPL’s Barbados Tridents, which was cut short by injury.

After carrying out his exile, Smith came back in March 2019 with the IPL. He also rejoined Australia as the defending champions went into the World Cup, but the defence wasn’t meant to be as they crashed out in the semis. Smith’s personal performances, however, were strong, and he remained an integral part of the Australian lineup.

In 2019, he and his fellow Australians managed to win the Ashes on English soil, and he continued to perform decently in limited overs formats the next year. At the start of 2020, the pandemic put a pause on cricket, and when it resumed, Smith was in his element in the ODI series against India as he got the Man of the Series award for back-to-back centuries at excellent scoring rates.

Smith’s exploits in the BBL got to new heights as the Sixers won the tournament in both 2019 and 2020.

Sadly, his Test form has declined greatly since 2019, with his average, which was once the second-highest in the history of Test cricket, declining to third place as a result. Nevertheless, Smith is still a fantastic cricketer, and will probably be so for a few more years.

Currently, Smith is playing for the IPL team Delhi Capitals. He will follow this up with the T20 World Cup, with another season with the Sydney Sixers in the BBL looming further ahead.