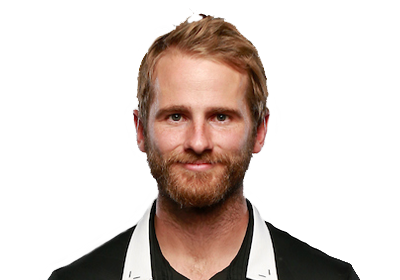 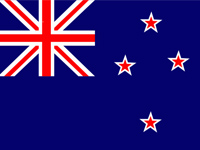 Captaining an international cricketing side is no easy feat as there are many expectations from the captain and, as a result, a strong sense of responsibility. But in recent years, we’ve seen the rise of four exceptional batting talents who have gone on to lead their respective national teams. Virat Kohli (India), Joe Root (England), Steve Smith (Australia) and Kane Williamson (New Zealand) are termed as the ‘Fab 4’- the consistency with which they’ve scored their runs is just phenomenal.

These batting sensations have had different approaches towards the game; while some are aggressive and thrive on confrontations, others are very level-headed and calm. Kane Williamson is one of the most level-headed and calmest batsmen there are in today’s game. Whenever you see him at the batting crease, there is not even the slightest expression of concern, and his body language indicates that he has things under control. This calmness under pressure has led Williamson to become one of the best batsmen in the world at the moment. So without further ado, let’s go through the player profile of Kane Williamson to understand more about his contribution to his side and the stats that he’s stacked up. As a cricketing nation, New Zealand has a knack for producing some quality players, Daniel Vettori, Brendon Mccullum, Shane Bond, Ross Taylor, and so forth. Kane Williamson is another player who comes from New Zealand that has impressed one and all with his flawless batting technique and his ability to remain calm and level-headed under pressure.

Born on 18 August 1990, Kane Willamson was raised in Tauranga in New Zealand, and his interest in sports is no surprise as his entire family has been indulged in some sport or the other. While his father was an active cricket player, Williamson’s mother was a champion basketball player. Moreover, his sisters were great at volleyball, and it was only a matter of time for Williamson himself to take up cricket. Since his under-19 days, cricketing scouts recognised the technical superiority and talent that Williamson possessed, and it was on 10 August 2010 that he earned his ODI debut against India.

Kane Williamson’s batsmanship is backed by unparalleled technique and control, which is why he can negotiate and counter both spin and seam bowlers with ease. In the 151 ODI matches that Williamson has played, he has scored 6173 runs at an average of 47.5 runs per innings at a strike rate of 81.8. The consistency and stability that he brings to New Zealand’s top order make them a formidable opposition.

His highest score in this format came against the West Indies in the 2019 50-over World Cup; on the back of it, New Zealand reached the finals, where they were eventually beaten by winners England. With 13 ODI centuries to his name, Williamson has helped New Zealand become a consistent side, reaching two consecutive ODI World Cup finals and even winning the inaugural World Test Championship. To keep up the concentration for five successive days against quality oppositions is very demanding for any player, that is why Test cricket is often considered the pinnacle of cricket in terms of difficulty. Williamson is someone who has thrived in this format, and in the 85 Test matches that he’s played so far, he has managed to score 7230 runs at a resounding average of 54 per innings. His ability to manoeuvre the ball into the gaps and constantly rotate the strike (strike rate of 51.8) means that Williamson is not just someone who’ll sit back and defend; he’s a proactive batsman and is always on the lookout for scoring opportunities.

As far as his highest score is concerned, Williamson scored a mammoth 251 runs against the West Indies in 2020. The Test centuries (24) he has amassed is a proof of his proficient batsmanship, and it’s only a matter of time for the New Zealand captain to reach the milestone of scoring 10,000 runs in the Test format.

People don’t consider Williamson as an effective T20 batsman, given his calm demeanour and batting style. However, in the current New Zealand T20 setup, Williamson offers that stability and consistency in the middle order that is critical for the success of any team in the T20 format. In the 67 T20I matches that he has represented New Zealand in, Williamson has scored 1805 runs in total with a dependable strike rate of 125. Given that Williamson usually walks to the batting crease during the middle overs, his strike rate indicates his ability to keep the scoreboard ticking. Talking about Test cricket, Kane Williamson has captained his side for 36 matches in which New Zealand has won 21 encounters, while in eight matches, the team has had to face defeat and 7 of these matches ended in a draw. In June 2020, Williamson led New Zealand to win the inaugural ICC World Test Championship.

Williamson has captained the team for 78 matches in ODIs, with New Zealand winning 43 matches, while in T20 internationals, he has led the side in 49 matches winning 24 of these encounters.

All in all, Kane Williamson is one of those rare cricketers that have taken batsmanship to another level. Along with Kohli, Smith, and Root, Williamson has raised the standards for other batters by dominating the bowling opposition with their game application. Apart from being an exceptional batsman, Williamson is an extraordinary leader on the back of which New Zealand has achieved regular results in major ICC tournaments.

4rabet.com is an online platform that hosts many fantasy cricket-related contests. If you’re confident in your cricket knowledge and analysis and think that you have what it takes to be the best, you can visit the website and enter a whole array of competitions. And that’s not all. In addition to cricket, you’ll also find contests related to football!