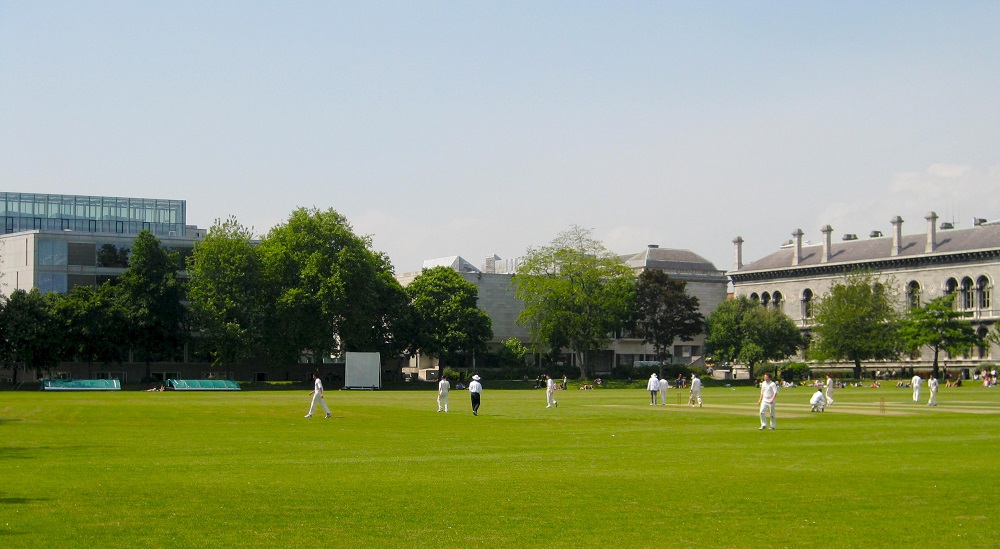 However, we believe that no one will dispute that the individuals we have picked are among the best that have played the game:

Bradman’s career spanned 20 years between 1928 and 1948. During this period, the Australian legend played in 52 Tests and scored 6996 runs at a near-hundred average, with 29 tons. One measure of Bradman’s legacy is the fact that it took until 1984 before his record for the number of Test tons was broken by Sunil Gavaskar. Bradman’s innings of 334 at Leeds in 1930 was remarkable for several reasons. Merely two years into his Test career, the young Bradman stamped his mastery by beating the previous record of 287 for the highest individual Test score set by England’s Foster in 2003.

Tendulkar who began his international career when he was just 16, played for nearly a quarter of a century during (between 1989 and 2013) which he broke almost every Test (and ODI) batting record. In 200 Tests, Tendulkar piled up 15921 runs at 53.78, with 51 tons. For sheer consistency over the span of a long career, the Indian legend is second only to Bradman. Tendulkar underscored his unparalleled temperament with an innings of 241 versus Australia in Sydney in 2004. Going through a run drought at the time, Tendulkar cut out his favourite cover drive to craft an innings of rare maturity to regain his ton-scoring form.

Viv Richards is next on this list not for profligacy or consistency but for his sheer impact on the bowlers of his time. The West Indian legend played 121 Tests between 1974 and 1991 during which he scored 8540 runs at 50.23. His runs included 23 tons. Richards never wore a helmet while facing some of the fastest bowlers such as Jeff Thomson, among others. Still fresh in collective memory is his innings of 291 versus England at the Oval in 1976. The next highest score in the West Indian scorecard was 84 by Clive Lloyd, underscoring Richard’s sheer dominance.

Brian Lara played in an era of West Indies decline in Tests. With 11953 runs at 52.88 from 131 Tests between 1990 and 2007, Lara single-handedly held up his side’s batting. The left-hander’s brilliant record in Tests is even more astounding if you consider that he did not enjoy adequate support from other batsmen. He set the world record for the highest individual score of 375 versus England at St John’s in 1994. After Matthew Hayden set a new mark of 380 in 2003, Lara responded with 400 not out versus England in 2004, once again at St John’s.

Australian legend Ponting led one of the greatest ever Test teams by example, scoring 13378 runs at 51.85 in 168 matches between 1995 and 2012. He also became one of the most successful captains, lading Australia to three ODI world cups besides innumerable Test wins. His ability to play the pull shot after committing himself to the front foot stunned cricket pundits. The highlights of Ponting’s Test career were his centuries in each innings of his 100th Test match at the SCG versus South Africa in 2006.

Former South African cricketer Jacques Kallis is considered alongside Gary Sobers as one of the greatest allrounders to grace the game. Like Sobers, Kallis could walk into any Test team as a pure batsman. In a career that spanned 18 years until his retirement in 2013, Kallis made 13289 runs in 166 matches at 55.37, with 45 tons. During his career, Kallis recorded tons versus every Test playing side, scoring at least one, in the rival country’s venue.

Former India opener Sunil Gavaskar made a sensational start to his Test career with four centuries in as many matches versus West indies in 1971. That was the start of a prolific run-making career that lasted 17 years, during which Gavaskar scored 10,122 runs at 51.12 in 125 matches. In the process, he smashed Bradman’s record for the most Test tons and became the first batsman to score 10000 runs. During his career, Gavaskar was a pillar at the top of India’s batting order with a near-perfect technique. Arguably his greatest innings of 96 came in his very last Test match on a turning track versus Pakistan in Bangalore in 1987.

One of only three left-handers on this list, former Sri Lanka captain and wicketkeeper Kumar Sangakkara is one of the modern greats of the game. In a 15-year stint, the number three batsman was one of the twin pillars of the side, alongside Mahela Jayawardene. Sangakkara underscored his phenomenal consistency with 12400 runs at 57.40 from 134 matches. In one of his greatest feats, the former Sri Lanka captain scored 287 versus South Africa at Colombo in 2006, sharing a 624-run stand for the third wicket with Jayawardene.

Considered by many as the greatest all-rounder of all time, West Indies legend Sobers would have walked into any Test side on his batting strength alone. In a career that lasted 20 years until his retirement in 1974, Sobers scored 8032 runs at 57.78, with 26 tons. His innings of 365 against Pakistan at Kingston in 1958 remained the highest Test innings until Brian Lara broke the record more than three decades later.

Former England opener Sir Wally Hammond established himself as a dominant batsman of his time. A half-century on debut versus South Africa at Wanderers in 1927 was a sign of things to come. As things transpired, Hammond had a twenty-year-long career in which he scored 7249 runs at 58.46 in played 85 Tests. The abiding memory of his Test career was his innings of 240 in the Ashes Test at Lords in 1938.