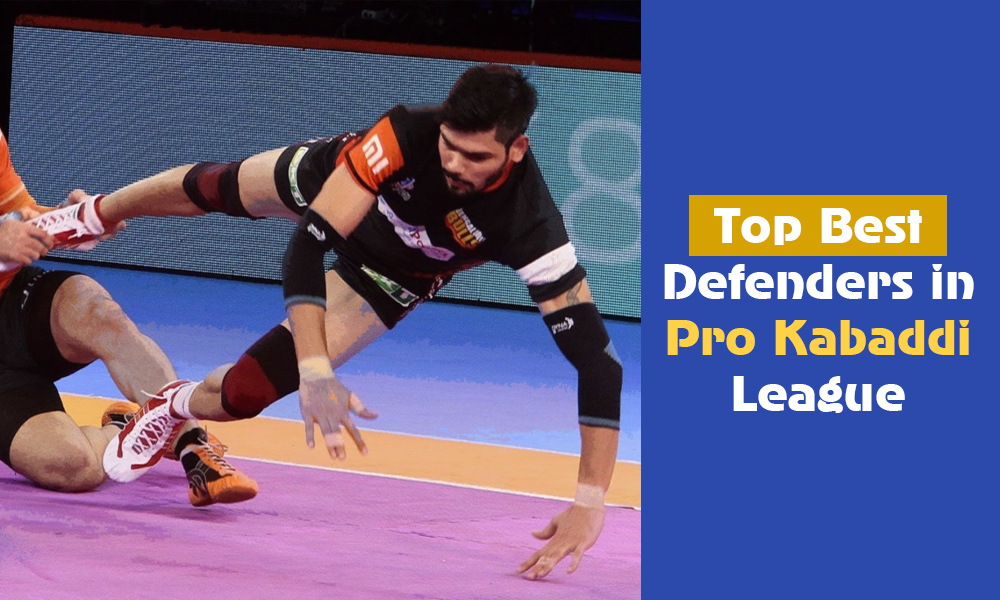 If you ask most casual Kabaddi fans who their favourite player is, chances are, they will name some big-shot raider. However, if you ask the same question to a seasoned Kabaddi enthusiast, they will definitely have one or two defenders among their top 5.

The one-versus-many aspect of Kabaddi attacks can often fool a person into thinking that defenders have it easy, but an ironclad defense can win a team as many games as a powerful offense, and thus, defense is an oft-forgotten — or at least, ignored — a cornerstone of the sport.

Manjeet is undoubtedly the best all-rounder in all of PKL history, and definitely the best left cover. In recent times, he has been primarily serving as a defender, historically being the most successful player in the department.

Due to injury, Manjeet missed a few matches while playing for the same franchise during Season 4. Nevertheless, he still piled up 44 from 12 games that season. In Season 5, he made a smaller impact. Playing for Jaipur Pink Panthers in Season 5, he only accumulated 47 tackle points from 15 games.

In Season 6 of the Pro Kabaddi League, he played for the Tamil Thalaivas. He was the lead in defense for his team and earned a total of 59 tackle points. Season 7, on the other hand, turned out to be quite dull for Manjeet since he only managed 37 tackle points.

Another prolific defender, Surender Nada is a player whose numbers speak for themselves. He was successful in accumulating 51 tackle points from 15 games in the inaugural season of the PKL, when he played for U Mumba, getting the team to the final, but falling short of the crown. In Season 2, he attained a relatively lower 41 tackle points in the span of a mere 14 games, but his team won the championship.

Sadly, Season 6 and 7 have seen Surender fall down the ranks, with poor performances in the first, and an injury ruling him out during the second.

Sandeep Narwal, a thigh and back hold specialist, is not only one of the most successful defenders in the PKL, but is one of the premier all-round players with excellent defensive and offensive ability. As far as defense goes, he started modestly with 27 tackle points from 14 games in Season 1 of the PKL.

Playing for Patna, Sandeep successfully acquired 37 tackle points in 16 games in Season 2. Season 3 saw him get the second-highest number of tackle points in the league, with 14 games bringing him 55 and getting his team the ultimate prize.

Ravinder Pahal, with his thigh holds, back holds, and blocks, is a force to be reckoned with for any attacker. Unlike the others on this list, he seems to be improving with every season. In the very first season of the PKL, he collected 29 tackle points from 9 matches.

The following year, Ravinder was named ‘Best Defender of the Season’ for a robust 60 tackle points in just 14 games, with his unusual ‘Wrist Hold’ helping him get to such heights. In Season 3, he had 26 tackle points from 11 games, and Season 4 saw him play for Puneri Paltan where he racked up 37 tackle points in 14 games in the team’s second title-winning run.

In Season 5 the strongman defender piled up the numbers with 52 from 19, with the next two seasons bringing 59 from 22 and 63 from 23 respectively, with his team Dabang Delhi KC falling just short of the crown.

Fazel, without a shadow of a doubt, ranks highest when it comes to international players in the PKL. He made his debut in Season 2, and his current paycheck is also at the top when compared to other foreign players.

In his freshman season, he only took part in 5 games and brought home 11 points for U Mumba. However, the very next season, he picked up 32 from just 11 matches. This was just a sign of things to come.

The next two seasons saw Fazel nullify attacks at an alarming rate with 52 and 57 points from 16 and 24 games respectively, playing for the Gujarat Fortunegiants. After this, he took his game to a whole other level, racing attackers to ash with 83 and 82 points in his next two seasons, when he was with U Mumba.